Evan Dobbins is an A-rated foil fencer and a multiple USA Fencing National medalist.  Evan's day job as a software engineer at Sikorsky Aircraft affords him occasional practice time, so look for Coach Evan during Saturday youth classes, All Weapons practice and any vacation days. 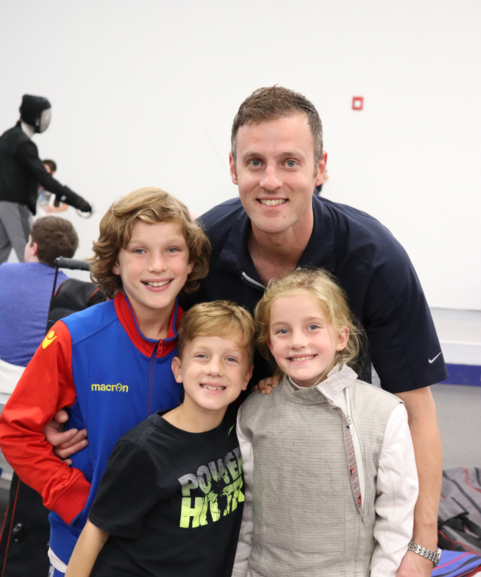 Evans Schultes is a Guilford High School graduate, four-time Connecticut High School State Champion and three-time All-State Fencer.  Evans has competed in USA Fencing tournaments the past half-decade, and will begin his freshman year at Harvard University next fall.

Kathy Hermes is a Veteran fencer currently ranked 10th in the nation in her age group.  She particularly enjoys helping our youngest fencers 'get up and running.'  Speaking of which, Kathy is an also a competitive marathoner, in addition to keeping her dedicated fencing tournament schedule.

Coach Matthew Catino has dedicated his life to fencing and has been coaching in the area since 2001. He achieved elite national rankings in the Junior and Senior USA Fencing national point standings, holding an A rating for over a decade. He won a gold medal at the USA Olympic Trials as a member of the Metropolis Men's Foil Team in Austin, TX in 2001.

Coach Matthew is a professional member of USA Fencing and owner of Fencers School of CT. He served as the head coach of the Guilford High School Fencing Team from 2001 - 2007, and was awarded the Guilford Sideliner's Coach of the Year in 2006.

Matthew lives with his wife and family of three fencers on the Connecticut shoreline.